Deprecated: Function create_function() is deprecated in /home/acunningham/public_html/wp-content/plugins/revslider/includes/framework/functions-wordpress.class.php on line 258

In a world that moves too fast, it’s nice to know some people don’t believe in shortcuts. That’s the spirit behind Jack Daniel’s, America’s oldest registered distillery. Founded in 1866, Jack Daniel’s is an iconic brand that’s synonymous with whiskey. From its modest beginnings, it has grown into a global brand that is available in more than 160 countries. 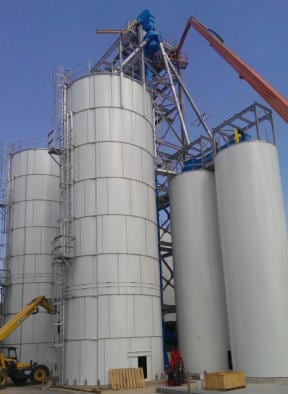 Still, success hasn’t gone to Jack’s head. The same principles apply today as 148 years ago. If you tour the distillery in Lynchburg, TN you’ll see Jack Daniel’s crafts its own barrels and fires its own charcoal. And they’re particular about their grain.

With its four signature expressions — Jack Daniel’s Old No. 7 (the #1 selling whiskey in the world), Gentleman Jack, Single Barrel, and Tennessee Honey — Jack Daniel’s doesn’t believe in change for change’s sake. However, one change they have to accept is growth. When you find yourself embraced by consumers in far-flung places like Brazil, Russia, and Turkey, and winning new loyalists at home in the U.S., you have to make some changes.

With 21 straight years of profit growth that shows no sign of abating, Jack Daniel’s is expanding. To handle increasing demand and continually evolving tastes, they’re putting the finishing touches on a new distillery just up the hill from the Hollow.

Expanding doesn’t have to mean compromising; quite the opposite. Jack Daniel’s is entering this exciting new phase with trusted partners at its side including CST Industries, Inc., the leading manufacturer of dry bulk silos and aluminum storage domes and vaults.

CST and Jack Daniel’s go way back. When he arrived at the distillery 41 years ago, plant engineer Bill Spraggins chose CST (then known as Peabody) to build his grain tanks. Twelve years ago Spraggins brought in Tim Millard as a project engineer and Millard turned to CST to make improvements to his weigh mill system.

“With CST, it’s more than sales and installation,” says Millard. “We look at other manufacturers and review their bids, but CST has always been the vendor we prefer because they understand our operations and deliver to our standards.”

To make its signature whiskey Jack Daniel’s uses corn, malt, and rye. At the new distillery, it recently installed 12 tanks from CST for grain receiving and processing. There are four silos for each grain: for storage, grinding, receiving, and weighing. Nine of the tanks were assembled only 20 miles away at CST’s fabrication facility in Winchester, TN.

“It’s a source of pride for our folks in the plant doing the welding and coating to know that they’re contributing to the success of a company that they know well and means so much to the region,” says Jay Anzelmo, Director of Dry Bulk Sales at CST.

The three largest tanks are constructed of steel panels fabricated at CST’s facility in Parsons, KS and shipped to the site, where they were bolted together and erected. CST’s unique modular design allows for fast and easy installation regardless of the tricky Tennessee weather, and no heavy crane equipment is required. All the tanks were made of hot-rolled sheet and plate metal with CST’s proprietary factory-applied, baked-on TricoBond EP® epoxy coating system, which is field proven in FDA and other food applications.

Sometimes a little change is a good thing, and it often starts with a good idea. Originally, Millard and Spraggins anticipated a building housing hammer mills for each grain separate from the tanks. But Scott Wells of Lecorp, CST’s sales rep, had another thought: why not put the mill inside the silo? Enlarging the silo to accommodate the mill along with a truck bay would eliminate the need to convey the grain to and from the mill. Plus, it saved the expense of building a separate mill structure.

“Originally the plan was to have the three silos delivering to the hammer mills on a structure above a building,” says Wells. “But we suggested building the tanks big enough to put their processing mill inside the skirt and make the skirt large enough to accommodate a truck drive-through opening.

“We built a truck drive-through and a garage door on one side of the tank. It was a neat design and they really liked it. Being able to bring up those ideas and talk them through with Tim makes this a great partnership.”

Receive it, store it, grind it, move it. From there, the grain is transported to the cookers and then to the still, the barrel and the bottle. Tim says the new distillery will go online in April and initially produce about one-fifth the output of the existing distillery. But that will grow over time.

Jack Daniel’s success is based on an unwavering commitment to excellence, with unparalleled attention to detail. Those are qualities Millard also sees in CST and Lecorp.

“Through the years they’ve maintained high standards,” says Millard. “They consistently build a quality product that’s extremely competitive and they’re always accommodating and a pleasure to work with.”

“I think it speaks to CST and our relationship with Jack Daniel’s to be trusted with a project like this, that we can play an integral role in all of their raw materials handling and bulk storage needs,” says Anzelmo. “We value the partnership that CST, Lecorp, and Jack Daniels have had over the years.”